The eSC second screen app gives users real time insight into the thrills of eSC races and the S1-X eSkootr. By holding their device to their main screen, viewers get stats about each rider including their heart rate, speed and lean angle, as well as receiving live text commentary about the status of the race with the ability for fans to engage through likes and dig deeper into the rider profiles.

This app is the solution which enables sport to own the second screen immersive experience—irrespective of which screen is the first screen.

Prior to starting the project, I was approached by Preloaded and briefed on the second-screen experience for a one-time event. Initially, it was for a basic experience that would allow users to see data during the races, as well as seeing the results.

Given that the plan was to expand in the future, the app was conceptualized as a modular system, where more races, teams, and rider could be added maintaining the structure and the design.

Once eSC got bigger, and more events were added, I was brought back to work on the expansion, as well as adding further features like watching past races again. 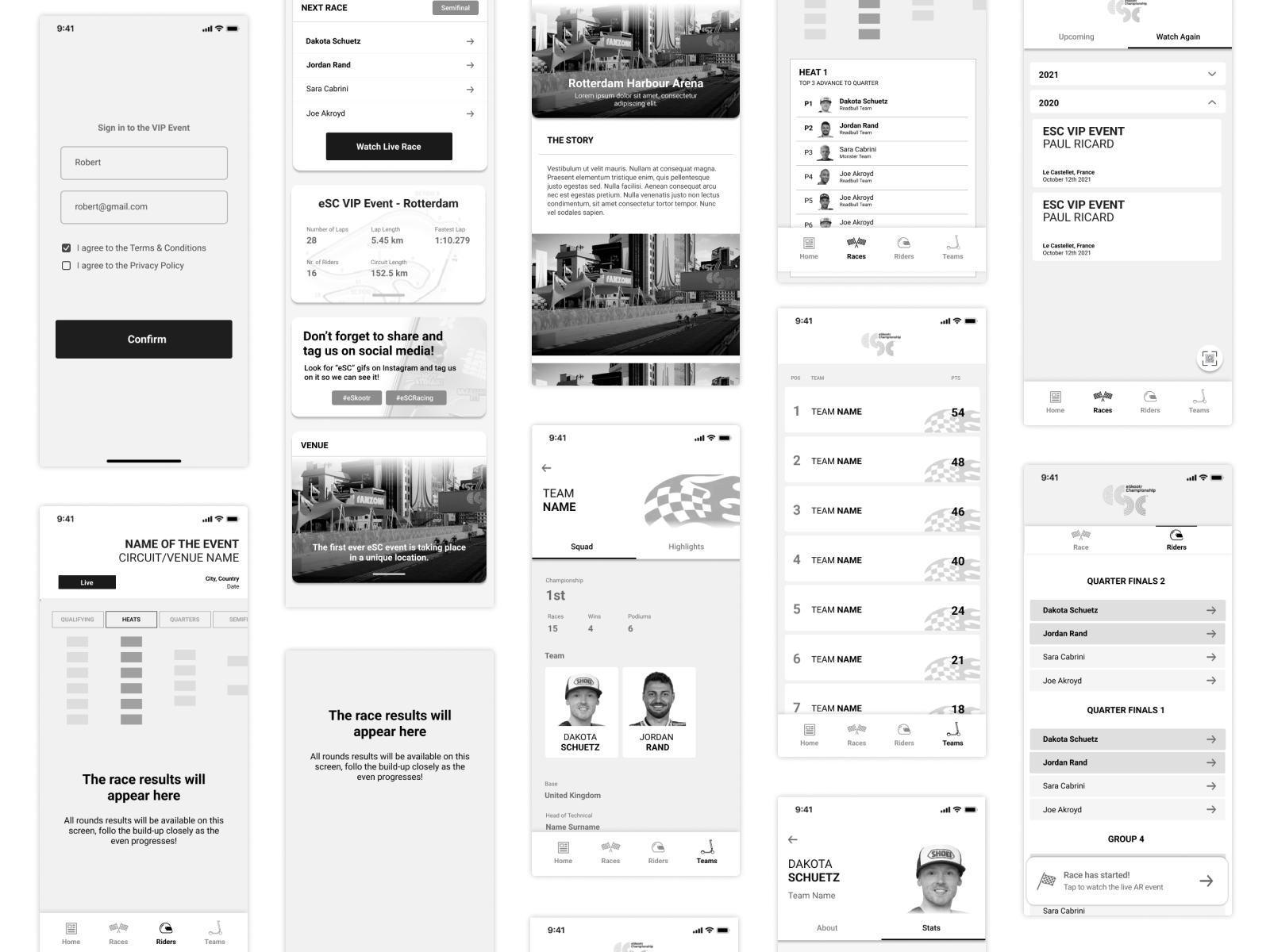 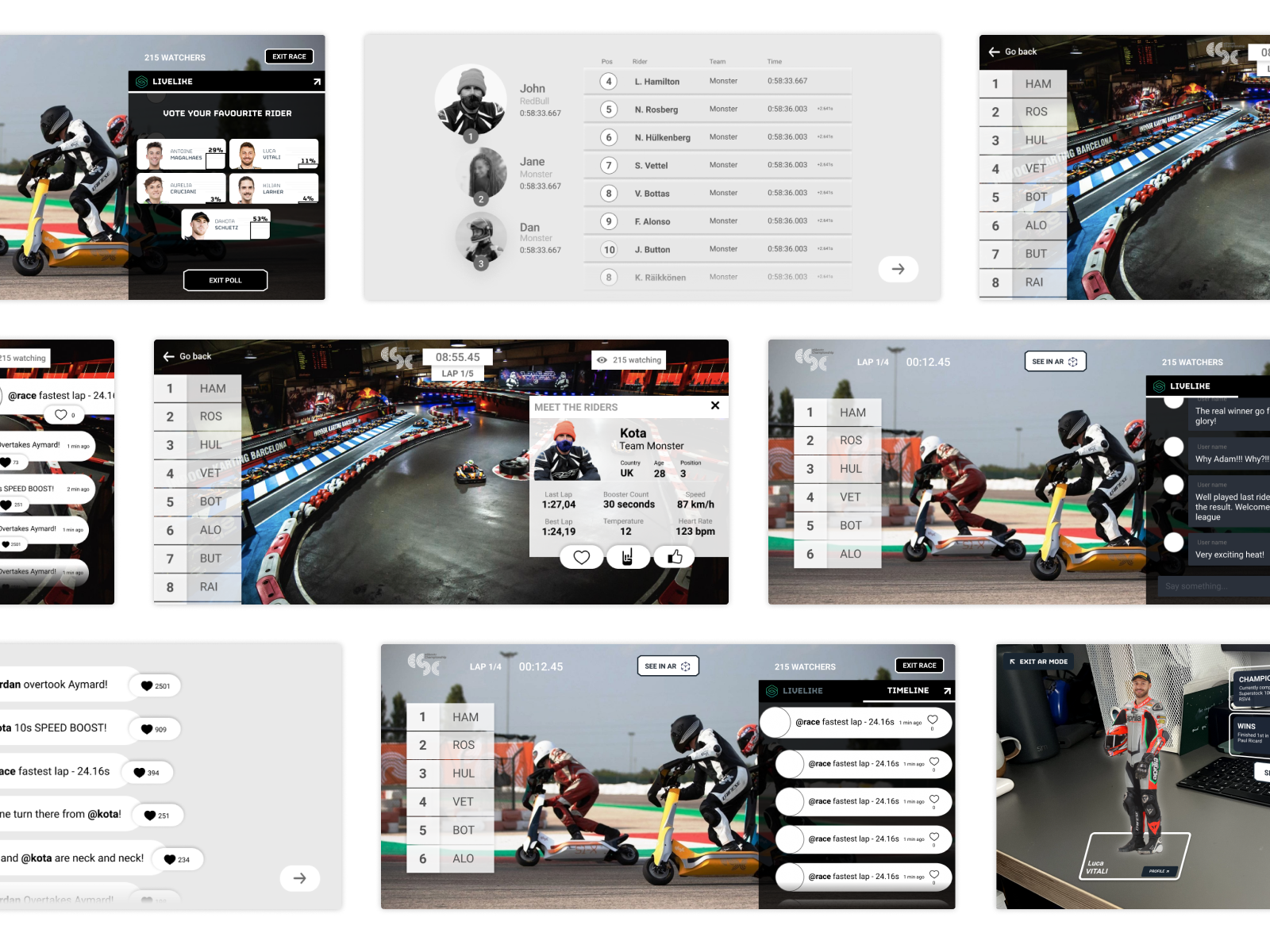